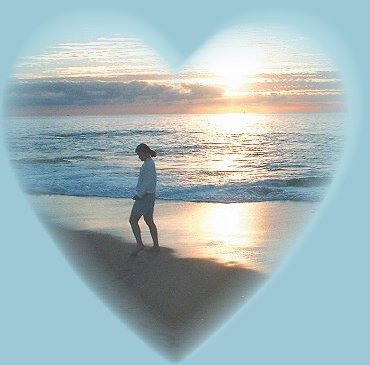 Have you ever been so angry allowing hurt to stand in your way,
that you close your eyes and shut your heart,
seeing things in just one way, and that is your very own?

If so, then stop and think about the one whose hurt you.
Try to imagine how he too must feel.
For to him his hurt is just as deep, and his feelings just as real.

Remember, no two people are ever alike in anything they do,
for we're all created differently and have our own point of view.

So many relatinships are torn apart for lack of communication.
We put on blinders, and sweep them under the rug, without any justification.

The hurt grows deeper and relationships die.
Family and friends fall apart and this is the reason why.

For too many people would rather place the blame on someone else,
rather than to admit that the problem might just lie within themselves.

Sometimes there's just no earthly answer as to why we act in the way that we do,
so remember to never critize another "before first walking in their shoes".

If not, the loser will be none other than yourself.